The Best Alternatives to Bitcoin in 2020

Bitcoin has really taken the world by storm. In last month bitcoin has broken the barrier of $10,500. Since bitcoin has fallen from the Level of $20,000 in 2017, it took almost two years to break the level of 10,500. Right now at the time of writing bitcoin is playing around the level of $12,000. It is a general belief in the crypto world that bitcoin still has a long way to go. But at the same time we know that its growth in the early years were magical. It will be a real challenge to achieve the same growth going forward. But the crypto world is changing really fast and there are many new coins in the market. Being the first crypto bitcoin have many flaws. And now it is time to look for the best alternatives to Bitcoin.

The new coins are trying to solve these flaws in their own unique ways. We will have a look at some of these new coins but let us see what you stand to gain by getting into the world of Alt coins.

Please note that this is not a trading advice. So before you decide to buy Alt coins, spend some more time to research about Alt that you want to invest in.

There was a time when bitcoin was doubling its value in a single day. But now that bitcoin is at a very high valuation we know that it is not possible any more. But this is where Altcoins have a great plus. Many altcoins are still in their early days and have a huge growth potential. If you log into any exchange that allows you to trade in Alt coins you will easily find that grow 50-60% in a single day.

Right now Bitcoin chain supports up to 5 transfers per second. Very small number for a global scale. For instance, Visa can handle more than 1000 transaction per second. New Alt coins are scalable by design and support much more transactions than BTC.

Bitcoin itself is a very innovative idea. But it was designed just to be a currency and nothing else. Alt coins are bringing many fresh and new ideas. They are trying to solve many real world issue using blockchain technology. For instance, XMR is trying to bring some central control. XLM can be used for faster payments.

Governments around the world do not like bitcoin. This is so because they do not have any control over the bitcoin. They can not control or monitor it. But some big companies and governments have started to recognize the strength of blockchains and working on it. For example IBM is working closely on XLM. Australian regime is also looking closely into it and in future it may be an accepted currency there.

The Best Alternatives to Bitcoin

Now that we have noted why Alt coins have a high promise let us look into some best Alt coins which are available.

While you can mine Ether just like bitcoin and you can use it as a currency also but the biggest use of Ether is as fees to run smart contracts. So in future some countries may ban bitcoin or ether but ether is always going to have some value as a fee for smart contracts.

Some experts believe that Ether may surpass Bitcoin some time in the future.

Ripple is a well-known altcoin. And it focuses on solving a problem related to cross border payments. Ripple has a goal of making global payments fast. It also wants to reduce the cost of international payments.

Many experts think that ripple is not a true cryptocurrency. This is because it has a central entity that holds the majority of XRP coins. As such, Ripple is not decentralized which is recognized to be a core feature of a cryptocurrency.

Currently, cross border payments may take several days to complete. Ripple, on the other hand, can perform these in a matter of a few seconds. Also, when we compare to international payment gateways like visa the fees on the Ripple platform are much lower.

Finally, Ripple has a big benefit over many other Altcoins. It is one of the few cryptocurrencies which are actually in use it in the real world. Ripple has developed ties with many major financial players like Bank of America. So even if many do not believe ripple to be true crypto it has created a space for itself and it is among the very few that are in use in the real-world.

The speed with which the stellar can process payments is one of the fastest in market. It has formed a partnership with IBM and this is a huge advantage in its favour. Working closely with IBM has allowed Stellar to from a relation with Government of Australia. Some time in future this may be first Alt coin to get mass adoption as a currency.

While privacy is one of the top reasons to look towards a Crypto, Most Alt coins are not truly private. Anybody can look at the history of the chain and can see full history of each and every transaction.

There is another much talked about feature of Monero. It is designed in such a way so that it can not be mined using ASICs. Today ASICs have taken over the mining world. And today PCs or GPUs are almost useless when it comes to mining. But Monero is CPU friendly.

You can check this official site if you want to mine Monero using your CPU or GPU.

Other Best Alternatives to Bitcoin

There are many other Alt coins. These may change your fortune in a matter of day. Just think, do you know any stock which can rise or fall 100% in a single day. Not possible. Right? But this is possible in the world of crypto. Here is a small list of new coins. They are loved by crypto traders. And many people have stopped stock trading in favour of Crypto trading. You need to learn the art. I hope we all crypto lover will get rich together. Here is a small List that should be on your Radar.

If you want to be a part of Crypto world in India you can join Wazirx. Use the link below.

If you need help, check this article by me.

Hope you liked the Article. Please let me know in your comments. You can write to me using our contact me section. Thanks for reading. 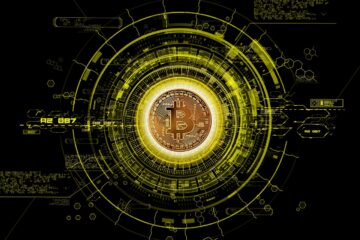 With the increasing popularity of cryptocurrencies, you might be hearing about bitcoin every now and then. If you are thinking about the ways to earn money using bitcoin you are in the right place. Read more… 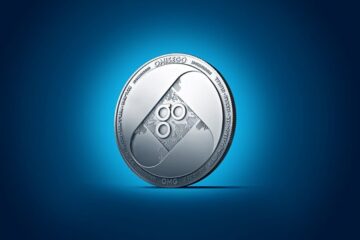 OmiseGo: An Altcoin with great promise

What is OmiseGO? OmiseGo is a payment service company working is Asian countries like Japan, Singapore, and Thailand. Omise, Go started its services in 2013. This company known for OMG crypto coins. The value Read more… 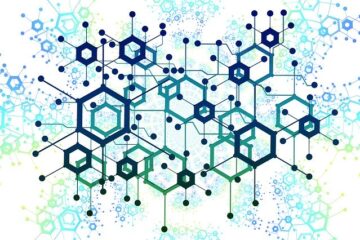 Latest Innovations in the world of Technology: These will change the world

As a well-known quote says that “Only the change is permanent”. While this applies to all aspects of our life, it true even more so in the world of technology. Most of the gadgets Read more…